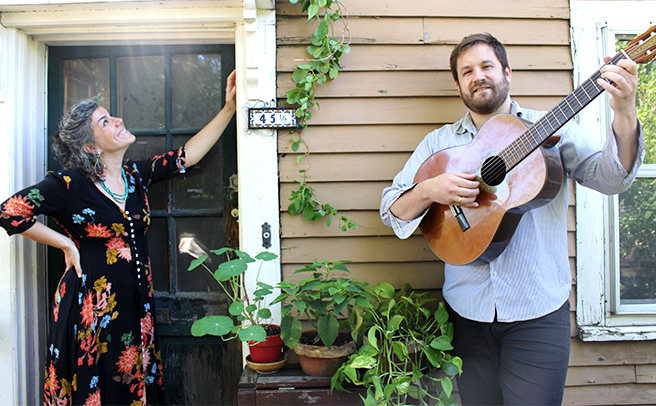 Sophie et Adam is a duo inspired by many singing traditions they have crossed paths with on their musical journey. Pub Songs from England, Cabaret chansons from 1940s Paris, 18th century Sacred Harp singing, Milongas from Argentina, Scottish Ballads, and Sing-Songwriter repertoire from Chile... Regardless of the origin or the time period, they share music that moves them with their audiences. Individually they collaborate musically with some of the most vibrant ensembles in New England: The Boston Symphony Orchestra, Boston Early Music Festival, The Lorelei Ensemble, A Far Cry, Blue Heron, Harvard University, the Trinity Church of Boston, etc. But as a duo, they create a warm and intimate moment in which time stops, and music from around the world speaks. 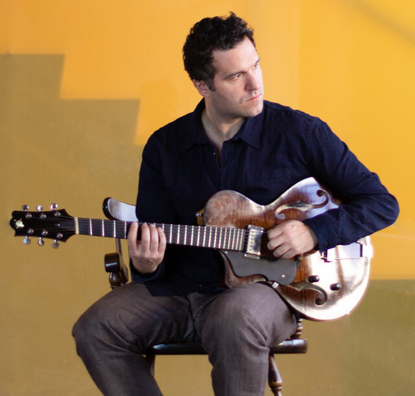 David William Ross is a New England based guitarist, tea drinker, and connoisseur of steel cut oats. His recordings and performances have been lauded for their sensitivity, virtuosity, and depth of musicality. Ross frequently works with contemporary composers and is active in cultivating new repertoire for the guitar. He has premiered works by Frank Wallace, Georges Raillard, Ferdinando DeSena, Peter Dayton, Pierre Schroeder, among many others. Trained in classical and jazz, Ross has developed a flexible approach, nuanced and uniquely personal, that is unconstrained and essentially musical.

Ross’ work as a session player has led to an extensive working knowledge of the recording studio. He has developed an approach to engineering and recording that goes beyond simply capturing a performance. Ross creates organic and original recordings that elucidate the creative motive of the artist and clarify the underlying aesthetic of the music. His engineering and mixing credits span many genres include classical, jazz, folk, indie rock, barbershop quartet, pop.